Findings, the debut EP of composer Sebastian Zel, released on the Independent Brooklyn-based label People Places Records, features the kind of music that puts its passions first. The album does not adopt the popular approach of wearing an objective mask, in an attempt to disguise meaning behind concealed mutterings. Zel instead, in an exceedingly expressionistic way, shares his imagination with us directly, and in Findings gives to us the gift of being able to look into the window of his musical imagination. Despite the expressionist leanings of the album, Zel's EP nevertheless feels very modern, a quality stemming from its contemporary array of sounds and juxtaposed elements, reflecting a world very much characterized by a similar variety and often ferocious fragmentation, and anyone familiar with the mission of People Places Records, which aims to give platform to artists drifting between classical and electronic traditions, will be aware of how perfectly this aesthetic mix fits into their catalogue. 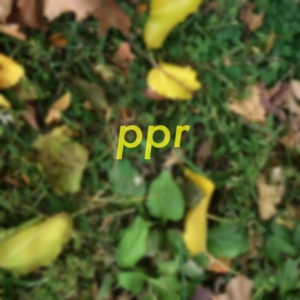 The EP is cut into two lengthy tracks, both based on a single idea. In both instances, this idea then branches into various different directions, as Zel examines multiple motivic facets and methodically begins to layer new ideas over top. The first of the two tracks, Construct, consists largely of woodblocks playing chomping rhythms that drip and melt, fluctuating tempo and our awareness of beat in a way that is at the same time both liberating and cohesive, much like the unity within diversity found in the ecology of the natural environment. Zel eventually adds complexity over top this already developing complexity, adding an additional drum kit, and then, during a climactic moment of unsettled calm, a shimmering gong. The track also speaks the language of intense dynamic contrasts, with repetitive woodblock rhythms that crescendo to a scream and a drum kit which hammers away until the traumatizing moment of its sudden stillness, leaving us suspended in our awareness of absence, a state reminiscent of the sound world with which we began. The angular, and always morose qualities of Fever Dream remind me of this haunting, fragmented painting by Klee, combining elements of Cubism and Expressionism. Paul Klee, Dream City, 1921.

The second track on the EP, Fever Dream, leans toward the electronic end of the People Places Records sound dichotomy. This time the track is characterized by the sharp, stabbing percussive qualities of the piano and by various synthesizers and electronic sound-manipulating effects. Like the first track, Fever Dream is based around a core motivic idea, here played on a piano, that is varied continuously, like a spinning wheel of a theme-and-variations movement. After we are settled into familiarity, different piano motives are later introduced, sonorously smoothed over top the original idea, until at one point the original climbing motive is manipulated through mesmerizing pitch-bending and warping, painting a portrait of a grim, melting world, always in flux yet characterized by an overwhelming sense of overarching stasis - not unlike the sound world of the first track. According to the EP's notes, Fever Dream is meant to interpret the artist's insomnia, anxiety, and fear of the passage of time. Zel's insistence on holding onto the main motive, grasping onto its fragile form, desperate to prevent its floating away, even when subjected to the torments of temporal and pitch distortion, seems to be representative of this theme. Fever Dream, clearly designed to depict an anxious state of being, nevertheless depicts it in a highly aestheticized way. The piece may present us with a disturbing, frantic version of reality, but it is all the same a beautiful reality, one in which we must stand in awe at how sublime it really is, despite the darkness and the uncertainty within.

The two tracks on Zel's EP differ drastically in terms of tone and timbre. In the first track, for example, the dramatis personae consists entirely of percussion instruments, whereas our cast of characters in Fever Dream ranges from alien electronic sounds to intimate piano melodies. One common concept that unifies the two pieces, however, seems to be an obsession with rhythm. Rhythm is a focus for Zel, and the play of patterns, repetitions, and variations – elements fundamental to contemporary popular music – form the premise of many of the musical ideas contained in this EP. While the album may present itself using the attitude of the art music tradition, the vocabulary of popular music in nevertheless fundamental to its lexicon, indeed its worldview.

One branch of the art music tradition fundamentally influences by the pattern-focused forms of popular music is minimalism, and Zel's album undoubtedly features elements of the minimalist style, though perhaps without the same methodical rigidity of Philip Glass or Steve Reich. Nevertheless, the repetitive arrangements found in the two tracks on the EP seem to echo the aesthetics of the minimalist school and, by extension, the rock and jazz traditions which informed them.

I've decided to include a few musical works that I feel share a mutual sound world in certain aspects with Findings. Though I am not suggesting any direct inspiration, I do certainly feel that there is a case to be made for stylistic influence made between Zel's EP and any of the follow pieces.

The electronic elements and the repetitive piano motive in Fever Dream remind me of a mixture of the early experimental electronic music of composers like John Chowning and Karlheinze Stockhausen, and the repetitive, driving rhythms of the chronologically subsequent techno tradition. The piano melody in the second track would certainly not sound altogether out of place, albeit in a more rhythmically compact package, on an Aphex Twin or Carl Craig album. Incidentally, the jittering, nervous snaps of the woodblocks on the first track could be construed as something of a parody of the slanted high hats and toms often used in techno tunes, though of course with the cohesive, pounding kick drum noticeably absent.

There is also an apparent affinity with the ideas on this album and the work of the composers grouped under the style of The New Simplicity, a heading under which names such as the German composer Wolfgang Rihm can be found. These composers have sought, in our contemporary times, to return to a more direct state of musical expression, similar to that which was held dear by the likes of Mahler, Schoenberg, Zemlinsky, and others. This style is often seen as a resurgence of the expressionist mentality, an attitude which seems to hold true for Zel's album as well. The EP's scattered rhythms, and its sharp, emotional tone certainly seem to echo certain works by Rihm. I've provided a link below to a work by Wolfgang Rihm which I think is particularly illustrative of the affinities between the sound worlds of these two artists.

There certainly seems to be an interest in a large body of contemporary music in getting away from the incessant poundings of repetitive pop rhythms. Perhaps it has something to do with the ubiquity of pop music in our everyday sound environments, and the increasing emphasis placed on the repetition of purely rhythmic elements in popular music today? No matter the reason, it seems to be something that many more experimental artists are wary of these days, and perhaps a piece's degree of rhythmic regularly could be used as a gauge for where a piece of music stands on a scale between “popular” and “art” traditions. The albums of Aki Tsuyuko, for example, despite their dreamy consonances and innocent whimsy, nevertheless derive much of their charm from rhythmic irregularity, and the complexity of her often difficult to follow rhythmic patterns. It seems to be this variety of rhythmic looseness that Zel captures in Findings. It is a way of liberating the listener from the musical expectations of an overwhelming commercial culture that pushes itself on the modern world with a mantra of pleasure for pleasures sake, at the expense of the more engaged and more deep, and therefore more difficult, experience of art.

Construct, the first track on the EP, seems to take a cue from the percussion-oriented pieces of Edgar Varesse, who enthusiastically explored the range of possibilities in writing for purely percussive ensembles. The curious, percussive experimentation of Construct certainly, to some degree, owe some thanks to the great progress made by Varesse in opening up the path to writing this type of music.

In conclusion, Findings is an adventerous EP, showing us a dark, indistinct, frantic world. Over the course of the EP, we find many fascinating and frightening things, but seem to always be conscious of a greater process at work. Within a frantic and unpredictable world, there is a core truth that grounds us in the midst of confusion and uncertainty. Although this world may be wicked and hostile, when we have the opportunity to sit and reflect, to truly reflect in honest peace, we can percieve a unity and beauty within it. Findings reveals to us the collected discoveries of Sebastian Zel, ideas that at first appear alienating and uninviting, illustrative of a world where there is no humor or human sentiment. But such a state of seperation from the world can be of two types – the dread of one who is frustrated with the fundamental truth of distance, or the peace of one able to contemplate the beauty within chaos from an external vantage point. It is a difference of being able to seeing either the murky dread, or the majestic divinity inherent in our existence, and Findings presents us with the two paths. Which path we take, what we do with these findings, is up to us.

If you're curious to check out other works from People Places Records, you can see the catalogue here